Photo by Evangeline Shaw on Unsplash

The global pandemic wreaked havoc across every aspect of life, sending economies into freefall, disrupting the labor market, and raising concerns for the future of jobs and work. Last month the World Economic Forum’s Jobs Reset Summit brought together, virtually, more than 1,000 visionary leaders from business, international organisations, and government to discuss, among other things, the future workplace, reskilling and upskilling the workforce, education, and the economic response to the pandemic impact on the labour market, to shape innovative solutions and accelerate action around these critical issues.

The global economy took a massive hit from COVID-19, with a devastating impact on the jobs market. Governments and central banks responded with huge stimulus packages totaling more than $11 trillion, interest rate cuts, and acquisitions of large-scale assets in an effort to prevent financial collapse.

There were mixed views on the effectiveness of these interventions in stabilising the labour market and mitigating the economic cost. Economist Raghuram Rajan felt it was too early to judge the efficacy of the monetary and fiscal policy responses to the pandemic, but conceded that many countries had deployed massive amounts of resources to try to preserve the economy.

Adecco Group’s own research, suggests that it is the size of the stimulus package and effective implementation of short-time work programs that have the largest positive impact on a country’s ability to mitigate the economic damage caused by the pandemic.

During this next phase of the crisis, the level of government support needed will be more challenging, and some advocated a different and more dynamic approach. Rain Newton-Smith, chief economist at the CBI, deemed the strategy of using the financial system to build a bridge to the other side of this crisis highly expensive and said that more adjustment was needed in the economy. “We need to see a more dynamic response, and that makes the decisions from here on in more difficult,” she said.

Such a response, suggested Tamar Kitiashvili, deputy minister at Georgia’s Ministry of Education, Science, Culture and Sport, might include the reshaping of establishments and governance models to become more responsive and to accelerate the closing of the skills gap.

Hybrid working; the ‘office’ of the future

How people will work beyond COVID-19 was another key topic of discussion. Earlier this year, workers en masse were forced by the pandemic to switch to full time remote working. Several months on, what appeared to be the ultimate in flexible working, is far from a utopian arrangement for employees. “There is a set of stresses attached to remote working that need to be addressed,” said Christy Hoffman, general secretary of UNI global.

Employers have become more mindful of the impact of mental health issues at work and the importance of listening to workers’ needs, including their preferences about how and where they work. In Adecco Group’s global survey 75% of employees favored a hybrid model, with a 50/50 split between remote and onsite working.

Within many organisations, responsibility for employee wellbeing is also shifting from the company nurse, but the top executives, as observed by Pascal Rey-Herme, co-founder and group medical director of International SOS, and companies are responding to staff demands for more flexible working patterns. In a fundamental redesign of working styles, Standard Chartered Bank now offers a hybrid working model, where workplaces continue to have a role.

“We have to dial up the focus on employee listening and leveraging data, not just how they are feeling, but their experience of the crisis and how that shapes their thinking of post-crisis work,” said the bank’s group head of HR Tanuj Kapilashrami.

Reskilling the workforce for the tech age

On the subject of digital disruption, the panel was unanimous. Technology is changing everything, including the world of work, and the broad view of delegates was that skills in technology will play a key role in the ability of people to find employment in the future.

“It could be an engineer or a data scientist, or it could be someone working in marketing or sales, but in a way that is enabled by technology,” said Allen Blue, VP, Products at LinkedIn.

The reskilling and upskilling of people to retain their employability, aided by business investment and government support, was described by Adecco Group CEO Alain Dehaze as a win-win-win situation. “Individuals will become more employable, businesses more competitive and governments to become more attractive,” he said. 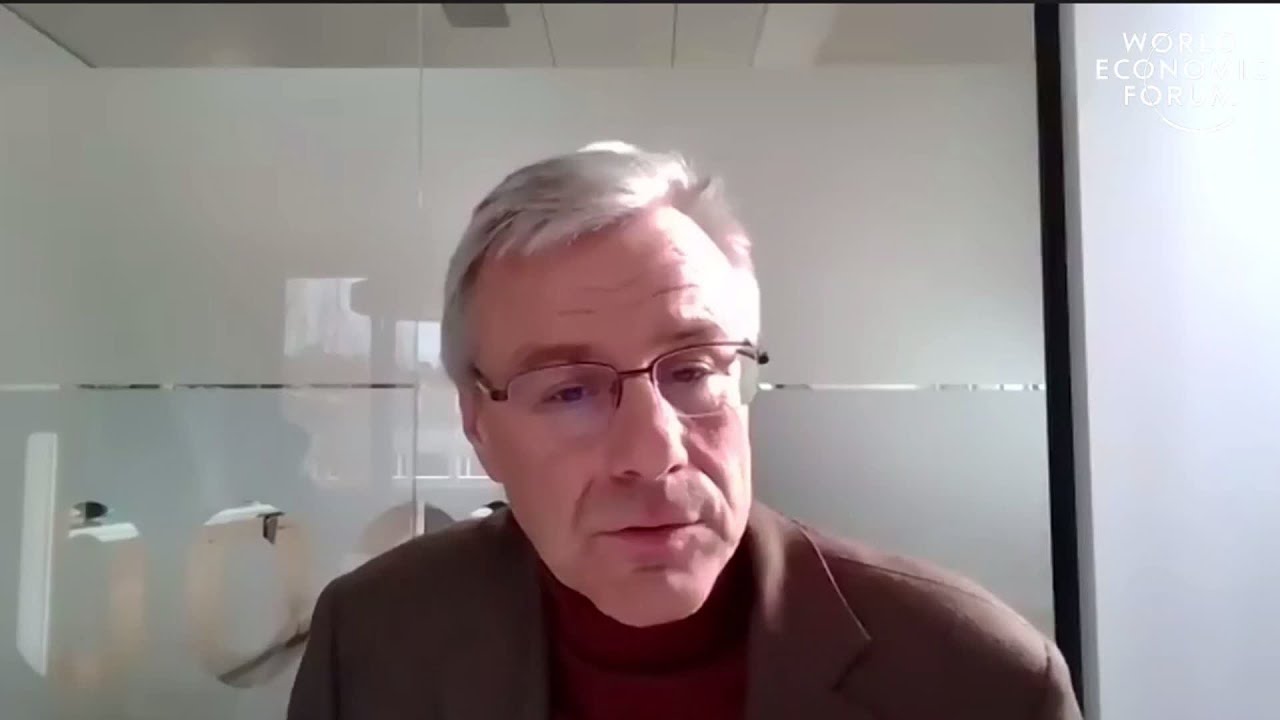 However, the transition to a more tech-enabled workforce could be a bumpy one. CEO of Ipsos Mori Ben Page warned against writing off the pre-pandemic old world ‘norms’ too quickly, although he did concede that what happens post-COVID was unlikely to be the same as what went before.

It is a prospect that many workers will find unsettling, and inbridging the gap between the jobs of today and the jobs of tomorrow, the panel agreed that businesses would need to be more innovative. A good example of this can be found in a collaborative project between Unilever and Walmart to create reskilling pathways for more than 5,000 roles in the consumer industry. As Unilever’s CHRO Leena Nair pointed out: “People who are scared, anxious or worried about their livelihoods might not be in the best place to reskill themselves.”

Skills and business sustainability are a huge concern for organisations. Based on current trends, by 2030 more than half of all the young people in the world won’t have the skills needed for the jobs of the future. Which skills will be needed, how they should be acquired, and how early skills education should begin, was another area of discussion among delegates.

“If you think of education as a house, you have to build it on solid foundations,” said John Goodwin, CEO of The LEGO Foundation. “Primary and early childhood education is essential.”

The nub of the debate was that the chosen skills route – traditional university degree or online qualification – mattered far less than the outcome, and whether the quality of the course and the value of the skills taught delivered the required level of employability and economic prosperity. Key to this, the panel agreed, was identifying which skills were needed and which would lead to jobs.

Finding a common skills language was seen as a priority. “You need a certificate or diploma that shows that this person can do this job,” said Teresa Carlson, Vice-President, Worldwide Public Sector, Amazon Web Services.

On the subject of reskilling workers, employer-funded online learning was seen as a low cost yet effective option, and Udacity CEO Gabriel Dalporto cited the example of an online reskilling program run by Shell. “It was so successful that its graduates were able to save the company $100 million by building field models that predicted rig failures in advance,” he said.